The three-star Delcloy hotel is located in Baie des Fourmis, on the Saint-Jean-Cap-Ferrat peninsula… and magic takes shape in the azure waters surrounding the hotel. But this magic is also found in all the activities offered by the animators of his holiday club.

We invite you here to discover the flagship activities of Hotel Delcloy, starting with the magic shows created by the children under the supervision of the great magician Dorian Maknamara!

A renowned magician who teaches his tricks to children for a most amazing show!

If all the shows orchestrated by the entertainment team at the Delcloy Hotel in Baie des Fourmis are magical, the one that best deserves this name is Dorian Maknamara.

For more than eight years now, the high-flying magician has been coming every year to present new tricks in striking shows.

This renowned magician does not reveal his tricks to just anyone… only to the children of the Delcloy Hotel holiday club who register for the workshop to prepare for the magic show. 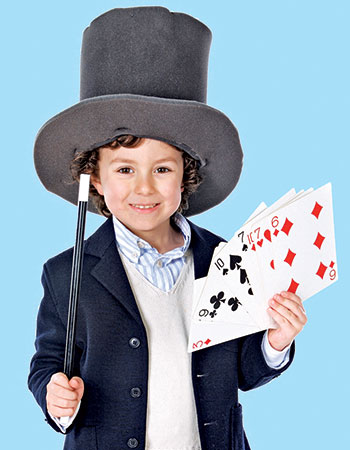 The magician presents them with some magic acts. They then choose the one they want to learn to make.

To be well prepared on D-Day, children attend two hours of workshops per day for five days. The training ends with an impressive show.

“Maknamara leaves the whole place to the children, but he stays on stage to give them confidence and help them if they need it. »

At the end of the show, Maknamara gives them a magic booklet and a magician’s diploma in person!

“My parents still don’t know how I did my magic trick! »
Lou, 10 years old, who comes back every year.

“Some young people have been re-registering every year for the past seven years! “, says Pauline Verdier.

“There is a bond that is created between our dear magician and the young people – even with adults, by the way – since regular holidaymakers meet him every year! »

And if asked if the magic remains intact, the animation manager tells that Maknamara tells the children to keep their magic trick secret!

“Maknamara also does not prefer to teach tricks to children under 6 years of age, because he does not want to break the myth of the magician for them,” explains P. Verdier, entertainment manager at the Hôtel Delcloy in Saint-Jean-Cap-Ferrat.

If you would like to learn the thimble trick with Dorian Maknamara, click here to watch the video.

Starting in April, the three-star hotel offers a wide range of activities at Les P’tits Nosors, Castors, Juniors and Teen’s. 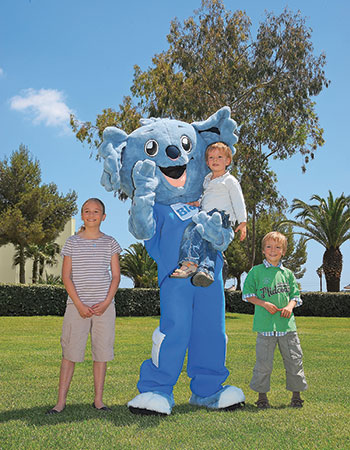 “I try to renew the activities all the time so as not to annoy those who come back regularly! “, says P. Verdier.

Soon there will be photo rallies, Koh-Lanta events where you will have to create the most beautiful cabin or succeed in covering the 16 m long inflatable course as quickly as possible, for example!

And at Hotel Delcloy, the “Bloubi parties” that take place in the evening are different from those of other Vacances Bleues hotels: “we dress up by theme and it is teenagers from the club who wear Bloubi’s costume”.

“We’re also going to launch a game space where we’ll have to solve riddles,” adds the host.

For adults, there are activities such as gymnastics, walking by the sea, laser rifle shooting, archery, etc.

“Adults can also enjoy the wonders of the peninsula and the French Riviera by leaving their children at the club, which is closed. “she adds.

“We can’t wait to come back! “Julien and Louam, 9 and 11 years old, who will be back for the summer holidays.

Before becoming chief animator, Pauline Verdier had been a choreographer for 6 years in this great hotel on the Saint-Jean-Cap-Ferrat peninsula. She then coaches her team for three dance shows a week, which take place in the auditorium.

“Seeing the team of animators dancing is quite unique. In general, large hotels use external service providers, but it brings us closer to holidaymakers,” she says.

They are surprised by the show and are returning in ever-increasing numbers.

And when the holidays come to an end, “some children cry because they make friends and get very attached with their leaders… but we often see them coming back! »